At the start of 2018, the removal of cannabidiol (CBD) from the World Anti-Doping Agency’s (WADA) banned substances list went into effect. This change prompted an inquiry about the rules regarding CBD in other sports organizations. While many cover the topic of marijuana in sports, we were curious as to how sports organizations handle CBD, if at all.

CBD, or cannabidiol, is a chemical compound found naturally in the cannabis plant. When sourced from hemp, CBD oil contains less than 0.3% THC, which is the compound that causes a euphoric high that cannabis is infamous for. CBD does not get you high; instead, it is being studied for a variety of health benefits. When sourced properly, hemp-derived CBD oil is legal in the United States.

The WADA is the first major sports organization to acknowledge CBD as a compound separate from marijuana. Some leagues look as if cannabis reform is in the future, while others cannot be budged. Here’s a look at six top sports organizations and their views on CBD.

“Cannabidiol is no longer prohibited.” This statement, released by WADA in September 2017, is the first of its kind in the history of competitive sports. With this decision, WADA has given thousands of athletes the opportunity to use CBD as a natural alternative without the fear of consequence.

The modified WADA document does caution athletes to be aware of the THC levels in the CBD products they are using. The document states, “Synthetic cannabidiol is not a cannabimimetic; however, cannabidiol extracted from cannabis plants may also contain varying concentrations of THC, which remains a prohibited substance” (source).

WADA’s threshold for THC is 150 nanograms (ng) per milliliter (ml), which was raised from 15ng/ml in 2013. This is the highest THC threshold compared to the collegiate and professional sports leagues discussed here. In terms of recreational substances, WADA has been progressive. Dr. Alan Vernec, the agency’s medical director, told the LA Times, “It’s a very active process that … is always open to debate and is discussed regularly.”

With its significant impact on the global sports community, it is our hope that WADA’s decision will prompt other sports organizations to follow its lead on CBD regulations. 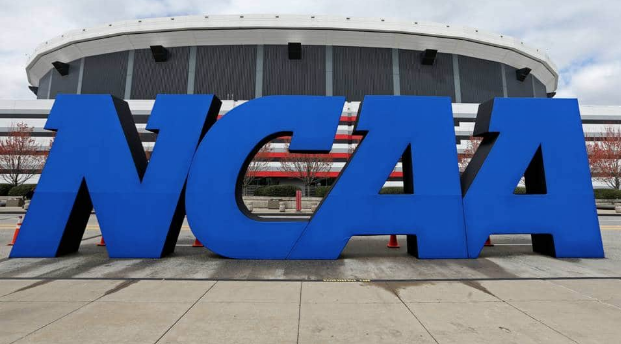 The National Collegiate Athletic Association (NCAA) regulates athletes across over 1,200 institutions, conferences, and organizations. This sports organization is known for having the strictest marijuana testing threshold in comparison not only to other sports organizations but to employers such as the Federal Aviation Administration and the U.S. military. The NCAA testing threshold for marijuana is 5 ng/mland took effect on Aug. 1, 2013, but was recently changed to 35mg/ml to account for second hand smoke.

The NCAA 2020-21 Banned Substances list includes “cannabinoids”, and does not distinguish CBD from THC, as both are cannabinoids. It is under our assumption that CBD is considered a cannabinoid and therefore, a banned substance.

In 2014, the NCAA passed legislation that reduced the penalty for a positive marijuana test from a full season to half a season. This is less of a penalty than a positive test for performance-enhancing drugs such as steroids or human growth hormone (HGH).

Regarding this change in legislation, a representative for the NCAA stated, “Street drugs are not performance-enhancing in nature, and this change will encourage schools to provide student-athletes the necessary rehabilitation” (Source). This reflects the NCAA’s changing approach to recreational drugs such as marijuana and the shift in focus from punishment to drug education and rehabilitation.

During a meeting in December of 2017, the NCAA Committee on Competitive Safeguards and Medical Aspects of Sports (CSMAS) voted on a recommendation that would modify the NCAA’s banned drug classes to reflect the prohibited list established by the WADA. Under this change, the cannabinoids class would only include marijuana; CBD would not be prohibited. This recommendation will need to see support from the NCAA governing members if it is to move forward.

Without the information to determine the permissibility of CBD, we are left to conclude that the use of CBD is banned in the NCAA. It appears, at this time, that the NCAA does not feel the pressure to acknowledge CBD as either a potential health supplement or a banned substance.

For students seeking more information regarding the use of CBD, the NCAA states, “Before consuming any nutritional/dietary supplement product, review the product with the appropriate or designated athletics department staff!” 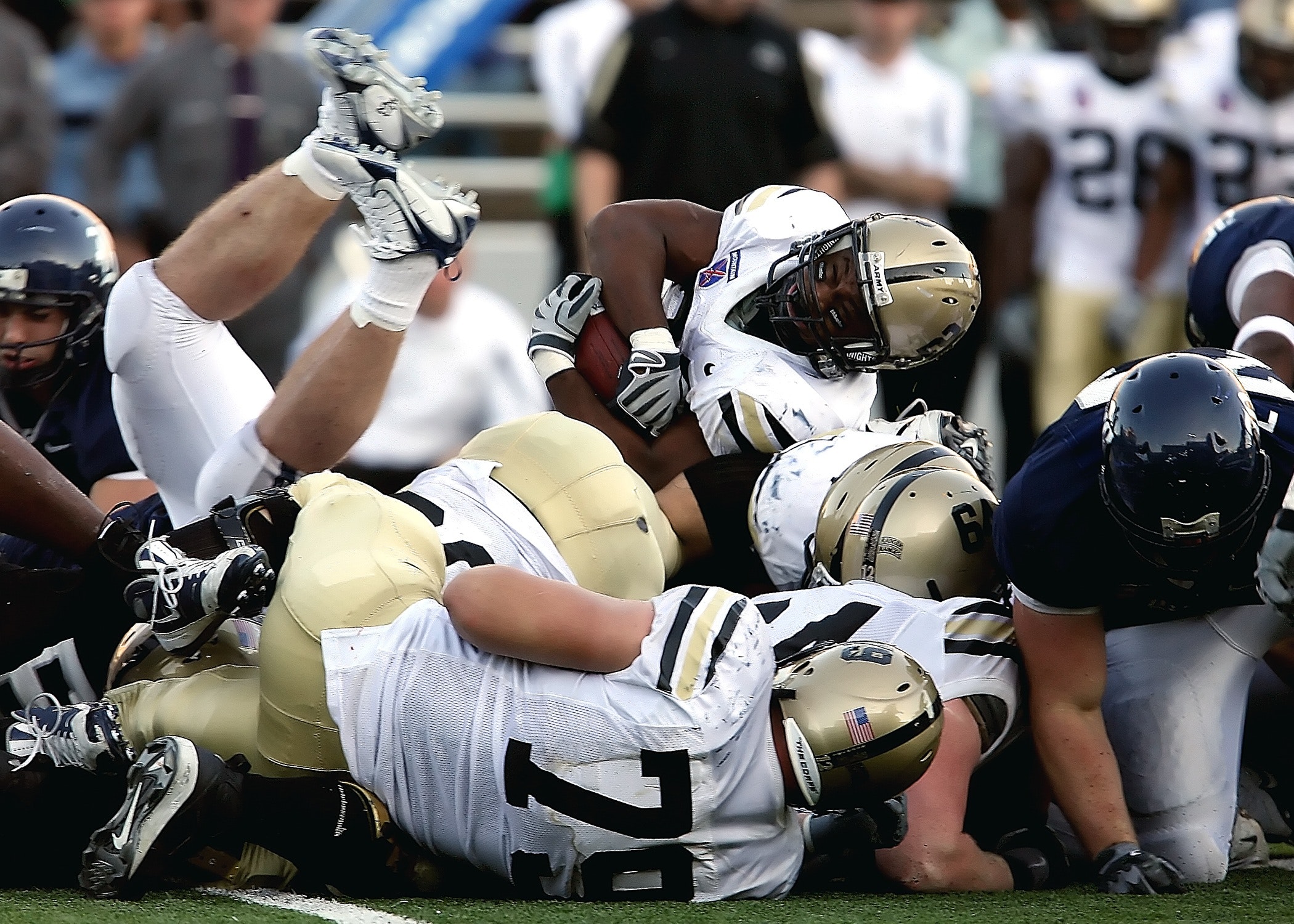 National Football League (NFL) players experience an array of painful, oftentimes debilitating, injuries. For players both active and retired, opiates and anti-inflammatories are commonplace. In March 2017, 1,800 former NFL players sued the NFL for breaking federal drug laws in order to keep players on the field (source). The abuse of painkillers and other drugs by NFL teams is drawing public attention as an increasing number of athletes are stepping forward.

To avoid the nationwide epidemic of opioid addiction and seek a more natural solution, cannabis is becoming a more widely accepted alternative. There are many current and former NFL players who are not only proponents of marijuana but are pushing for the research of medicinal cannabis and, in particular, CBD.

Under the NFL Players Association’s (NFLPA) Policy and Program on Substances of Abuse, delta 9-THC-carboxylic acid, or marijuana, is banned at a threshold of 150 ng/ml, which was raised from 35 ng/ml in early 2020. While not specifically listed under this policy, CBD is considered a product of cannabis and is also banned.

NFL’s Response to the Push for Cannabis

NFL commissioner Rodger Goodell opposes the use of recreational marijuana but says he is willing to listen to the league’s medical advisors on the potential benefit of medicinal cannabis.

The current NFL collective bargaining agreement, which was ratified in March, 2020, no longer suspends a player for testing positive for THC, and limits testing to the first 2 weeks of training camp. Fines may still be imposed for players who test postive.

In an UNINTERRUPTED documentary, former National Basketball Association (NBA) commissioner David Stern, who tightened the league’s stance on marijuana during his time as commissioner from 1984-2014, made headlines when he stated that medical marijuana “probably should be removed from the banned substance list.”

In response to Stern’s statement, NBA executive vice president of communications Mike Bass stated, “While (current NBA) commissioner (Adam) Silver has said that we are interested in better understanding the safety and efficacy of medical marijuana, our position remains unchanged regarding the use by current NBA players of marijuana for recreational purposes” (source).

Bass was referring to comments made by Silver in August 2017, in which he stated that the league is “open” to the legalization of medical marijuana as long as the science supports its benefit.

Cannabis has been a banned substance in the NBA since 1999. HOWEVER, for the NBA Tournament in Orlando in 2020, no players were tested for THC use, or any other recreational drug.

Influence of the NBA Players Association

The most recent NBA collective bargaining agreement, which is determined by the NBA and National Basketball Players Association (NBPA), was agreed upon in December 2016 and runs through the 2023-24 season. According to sources involved in the negotiation, marijuana was not a topic of discussion and remains a banned substance (source).

“I think we’ve got to change the collection bargaining agreement,” Stern said in the documentary, “and let you [the player] do what’s legal in your state.”

Al Harrington (former power forward) has been a strong proponent of the use of medical marijuana. Harrington has developed marijuana businesses in three states and hopes to show the NBA the medical benefits of marijuana. He has spoken to NBPA President Chris Paul about the possibility of the union making a push toward removing medical marijuana as a banned substance (source).

It appears the NBA is open to the idea of removing medical marijuana from the banned substances list; however, the league needs more scientific documentation before making any changes. It is also likely the NBPA will need to initiate this change as the league will not likely make it on their own.

Since the Major League Baseball (MLB) and the MLB Players Association (MLBPA) came to their first Joint Drug Agreement in 2002, the MLB has been lenient towards the use of marijuana. The focus of the MLB’s drug policy remains on performance-enhancing drugs, not cannabis.

Under the current Drug Prevention and Treatment Program, major league players do not participate in random drug tests for drugs of abuse, such as cannabis. Instead, players are tested upon a reasonable cause of use. Additionally, if a player exceeds the THC threshold of 50ng/ml, they are not likely subject to suspension. The player will most likely be subject treatment and/or fines, which cannot exceed $35,000 per violation.

With the tolerance of cannabis use in the major league, one would expect to see more proponents of CBD in the organization. David Wells (former pitcher) is one of the only MLB athletes, both former and current, that is an advocate of CBD oil.

In an interview with ThePostGame’s David Katz, Wells said, “I wish I knew about it back when I played because I would’ve been all over it. I would’ve took those risks.”

The MLBPA appears to be the driving factor in the MLB’s lenient approach to marijuana use. The association’s willingness to remove CBD from the list of drugs of abuse has not been discussed. As of now, both the MLB and the MLBPA seem to be content with the current Joint Drug Agreement and there does not seem to be enough push from the players to consider a change in regards to CBD.

In terms of physical demand, hockey is high on the list. In addition to being a full-contact sport, brawls on the ice are a major draw for spectators. Similar to the NFL, the NHL team doctors answer to the taxing game of hockey by prescribing painkillers and other pain-masking medications.

Unlike the NFL, however, cannabis is not on the National Hockey League’s (NHL) list of banned substances as it is not considered performance enhancing. However, this does not mean that the league condones the use of marijuana. Players are still tested for cannabinoids under the NHL/NHL Players Association (NHLPA) Substance Abuse and Behavioral Health Program.

If an NHL player tests positive for cannabinoids, there is no discipline. Rather, the results are sent to the NHL/NHLPA committee anonymously for review and the committee uses the results to determine testing practices in the future. Only if high levels of cannabinoids are found in the system is a player subject to a mandatory assessment by a doctor.

For retired NHL player Riley Cote (former enforcer), leaving cannabis off the performance enhancing list is not enough. Rather than turning a blind eye to marijuana use, Cote wants the league to recognize cannabis as a medical solution.

“[Cannabis] is a tool and it needs to be treated with respect…. It’s all about increasing quality of life. It’s about helping these guys wake up the next morning, where they can feel functional enough, good enough, [that] they can enjoy their family and not worry about the pain and anxiety — that vicious cycle that generally leads to mental health issues” – Riley Cote, former enforcer (source)

The Prohibited Substances List negotiated by the NHL and NHLPA reflects the WADA’s list of performance-enhancing substances (source). With influence from the WADA, it is possible that we will see additional reform to the rules surrounding cannabinoids. As of now, the push from players is in respect to medical marijuana, not CBD; however, a change in cannabinoid policy will be to the benefit of THC as well as CBD. With the most lenient rules regarding cannabinoids in major league sports, the NHL could lead the way in professional sports in regards to CBD.

This Article first appeared on MadeByHemp.com

Receive 15% Off Your First Order!

You have Successfully Subscribed! Keep a lookout for that 15% off coupon here shortly!

Join Our Newsletter & Receive 15% Off Your First Order

You have Successfully Subscribed!